It all began with the original Mr Schleich

Now one of the biggest toy manufacturers in Germany and the world’s leading provider of toy figures, our company was founded back in 1935. Since then, Schleich has managed to enthuse children and adults all over the world and thus sell its products in more than 50 countries.

However, it all began with Friedrich Schleich, to whom the company owes its name and who developed velvet-covered dolls made of wire and wood in 1946, thus bringing the first Schleich toy to the market. The product range consisted of only 13 figures in 1950, and seven years later it had increased to nearly 70. Already in 1955, the popular Walt Disney™ figures “Bambi” and “Pluto” were part of the product range and were still made of foam rubber back then. And with a sea lion family, an elephant, and a kangaroo, our first own animal figures were launched two years later.

Schleich achieved worldwide fame starting in 1965 with the unmistakable blue SmurfsTM. Starting from the 1980s, animal figures began being produced that have since become the company’s core business. To date, six different themed worlds with around 600 products have emerged, which include popular licensed products from different partners. We sell 50 million figures each year, meaning around 150,000 a day.

Our Schleich portfolio takes into account children’s playing needs in their various stages of development: Farm World, Wild Life and Dinosaurs are realistic, themed worlds for younger children between three and eight years of age. Somewhat older children, between five and twelve years of age, experience mainly role-playing and stories about adventure and friendship with our line of horse-themed toys, entitled Horse Club. Children of this age group who are enthusiastic about fantasy themes can dive into the magical playing world of bayala® or the mystical world of the Eldrador® Creatures. Popular licenses from cinema and television (including Marvel©, DC Comics™, Biene Maja™, Peanuts®, and the Smurfs™) complement our range and keep it exciting up through adulthood.

Today, we see ourselves as a global provider with roots in the German region of Swabia. Germany is one of our most lucrative markets, but we currently already generate more than half of our revenue outside of Germany. Further important markets include North America, the United Kingdom, and France.

If you have any questions about the registration process or problems with your login, please use the contact form.

You don't want to miss any Schleich news? Follow us! 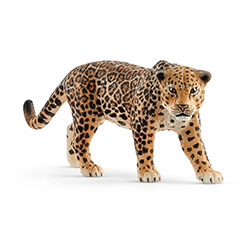 Your request is processing. The content is compiled for you only. Therefore, the action can take some time.